Gulenists present themselves to the public as normal immigrants who individually chose to work in the United States because of their interest in opportunities for a teaching or educational administrative career.  In reality, they do not choose to come here - they are sent here, by higher-level members of the Movement.

In charter school applications, and in news articles about the charter schools they are trying to found, Gulenists repeatedly use key marketing phrases such as "We're falling behind in math and science" to suggest their efforts arise from a burning desire to improve American education.  Their use of the word "We" implies that they have adopted the United States as their new homeland.  This is deliberately misleading.  Many of them will move on, either to careers in the US that are not in K-12 education, or to Gulen schools in other countries, or back to Turkey.  Their time here in our public education system has a role in their lives that seems most analogous to a low-paid internship that many young Americans endure for the sake of future success (while officially, the Gulenists' salaries may be well above market, after himmet contributions are made to the Movement under pressure, they are not).  Once their period of service is over, they have access to career opportunities through their connections with the Gulen Movement.  Another major advantage to many of them of working in the Gulen charter schools is that they draw a full-time salary, often with a lighter-than-normal work load, while simultaneously earning a higher degree, a luxury that few Americans could ever have.  Teaching at the K-12 level is not their real profession and, it seems in many cases, not their passion either.  The constant turnover of teachers and administrators and the lack of K-12 classroom experience of many new arrivals contribute to the disorganization often observed in Gulen charter schools.

In a one-sided piece promoting and defending Gulen charter schools, a Huffington Post commenter (who is also a student at George Mason University, an institution that received a 4 million dollar grant from Turkish interests) referred to "targeted discrimination aimed at the Turkish American community," and went on to say that "Turkish-Americans are the latest to feel the heat."   In what sense can the individuals in the following list be called "Turkish Americans"?

Some examples of Gulenists who returned to Turkey (or went on to Canada, Saudi Arabia, etc) after their involvement with publicly-funded charter schools in the U.S.:

Cetin Urtis
Zhandos Utegulov
Tugrul Yanik
Abdullah Yavas
Mustafa Yavuz
Mehmet Yorukoglu
Ismail Ozgur Zembat
As noted on another page, the idea of "Hijrah" or Migration is a cornerstone of the Gulen Movement's plan for its teachers.  Some examples of Gulenist Hijrah, where the Gulenists passed through our charter school system and even helped found schools, are shown below. 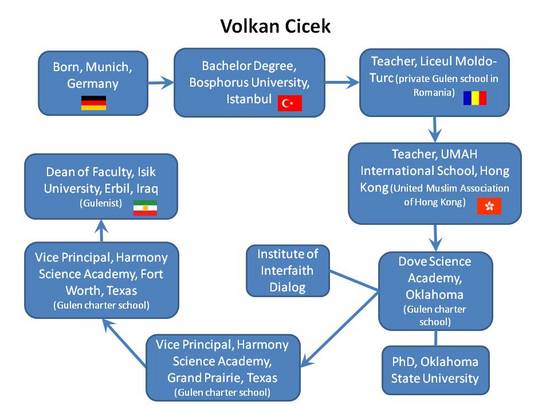 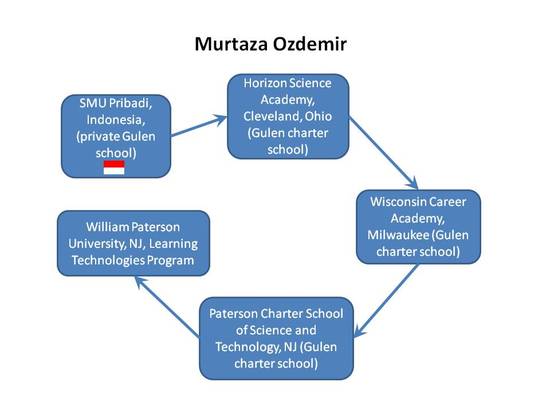 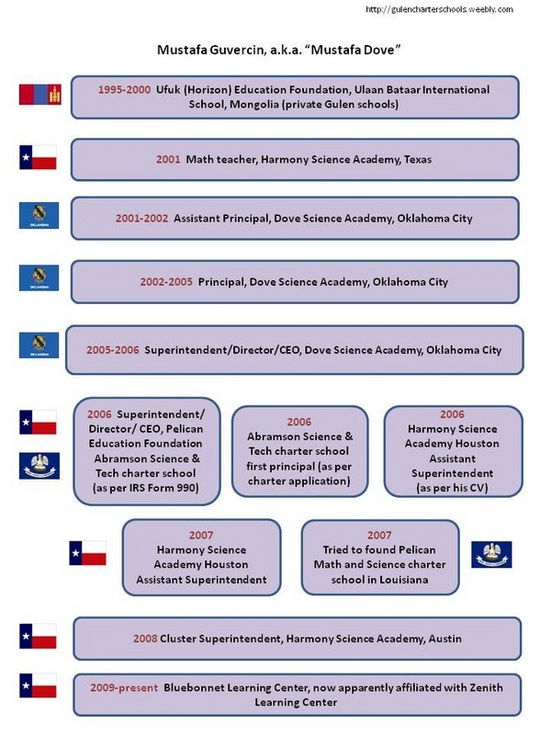 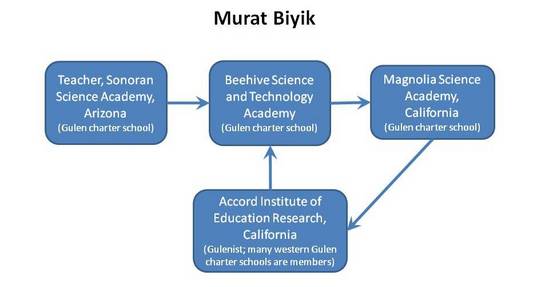 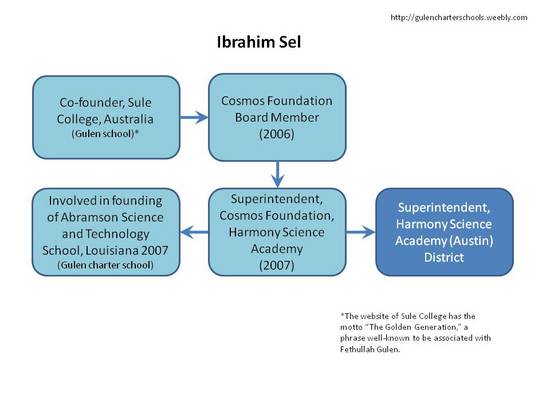 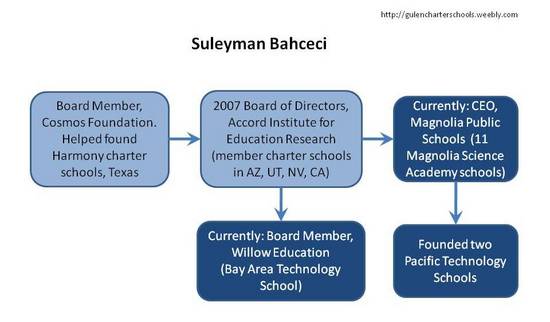 Higher resolution image files can be downloaded below: