Sait Onal, the would-be lead founder of the Academy of Business and Entrepreneurship Charter School, a proposed Gulen charter school in Lancaster, Pennsylvania, is once again attempting to market the school.  A flier widely distributed in the community says that the proposed school "will open its doors in 2014" even though the school's application was denied and it appears to have missed the deadline for an appeal: 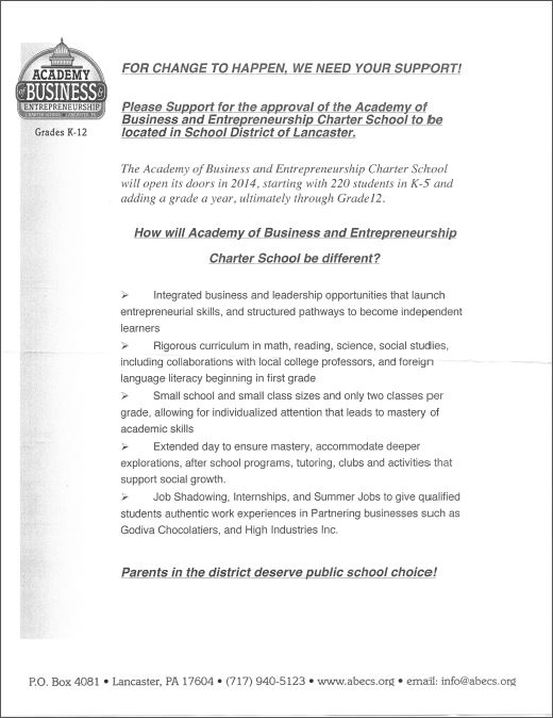 A June 14, 2013 editorial in the Lancaster Intelligencer Journal / Lancaster New Era was critical of Sait Onal's approach, saying that "if the ABECS board cannot meet it [the deadline for appealing to the state Charter School Appeal Board], it should be working on its community support and improving its plan, rather than taking the shortcut of enrolling students for September 2014."
Denials

Sait Onal continues to deny the connection of this proposed school to the Gulen Movement.  In a Jan 15, 2013 news article in the Lancaster Intelligencer Journal/New Era, Onal was quoted as saying
"We are not associated with anyone, with any group, in any part of the world but here in Lancaster."

The following charts illustrate the tangled web of interconnections between Sait Onal, the proposed ABECS school, numerous Gulenist entities, including those that openly acknowledge their affiliation with the Turkic American Alliance (the umbrella organization for the Gulen Movement in the US; see here and here), Gulen charter schools in several states, and Fethullah Gulen himself.  Because of space limitations, not all existing connections could be shown on these charts. 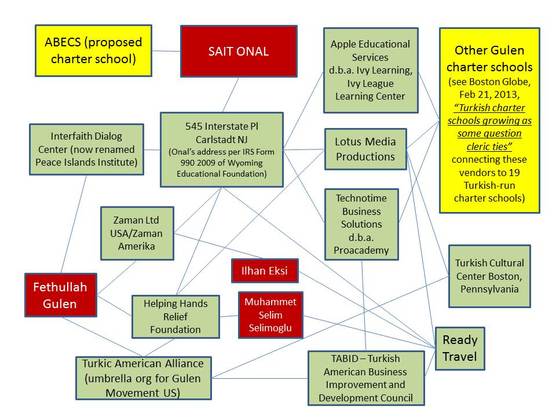 From the Boston Globe Feb 21, 2013 article on a proposed new branch of the Pioneer Charter School of Science (a Gulen charter school in the Boston area): "In recent years, five Turkish-run companies have won contracts from Pioneer. Those five companies have also used the same street address in ­Carlstadt, N.J. They include ­Apple Educational, Ivy Learning (owned by Apple Educational), Technotime Business Solutions, Proacademy (owned by Technotime), and Lotus ­Media. In total, those vendors received $218,646 from ­Pioneer."   The street address referred to is 545 Interstate Pl, Carlstadt NJ. 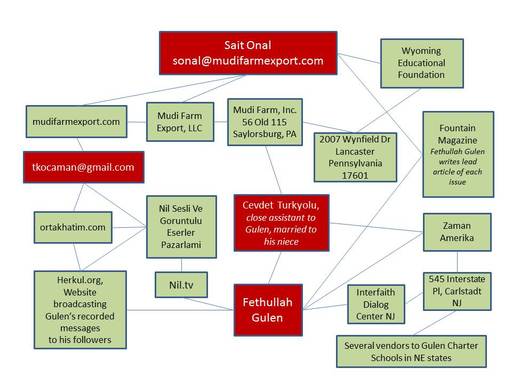 Zaman, a (propagandist) newspaper that started in Turkey but has since branched out with editions in several countries including the US, is well-known to be the flagship media outlet of the Gulen Movement.  The following snip from a Zaman Amerika document shows that Cevdet Turkyolu, a close assistant to Fethullah Gulen who is also married to his niece, occupies a high-level position with Zaman's US edition.  It also shows that Zaman Amerika uses the 545 Interstate Pl, Carlstadt NJ address: 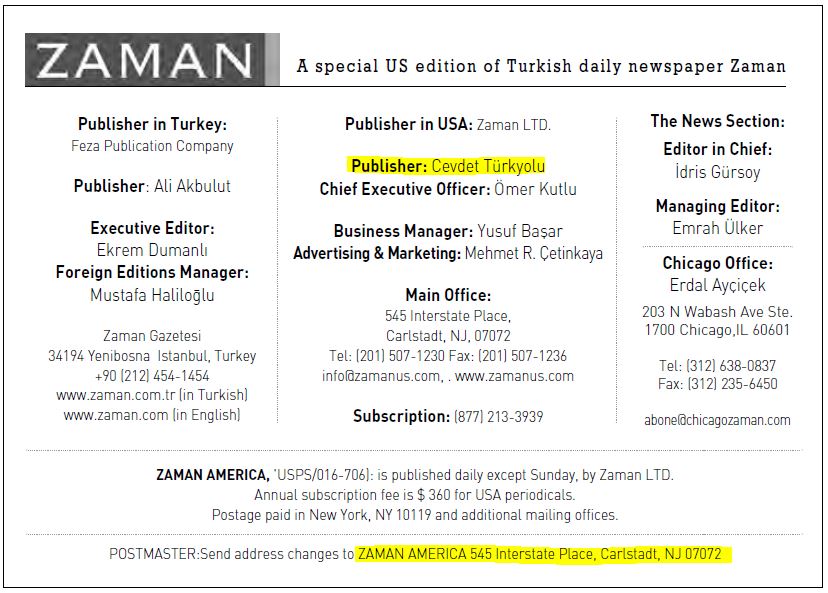 Cevdet Turkyolu is also the registrant for Mudi Farm (as Mudi Farm Inc), the Saylorsburg PA corporation that Sait Onal is also affiliated with (as Mudi Farm Export LLC).  Note that Fethullah Gulen resides in Saylorsburg. 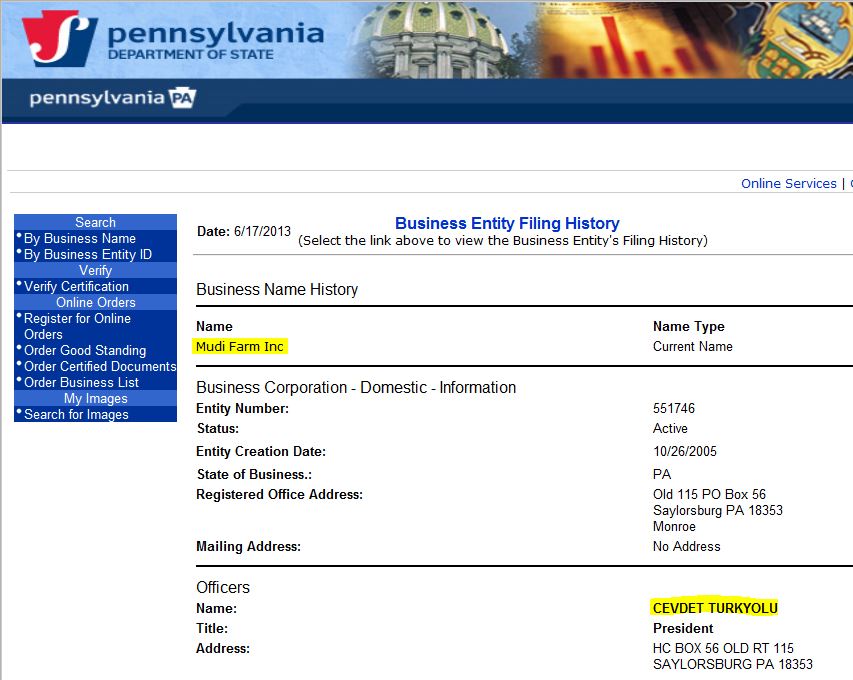 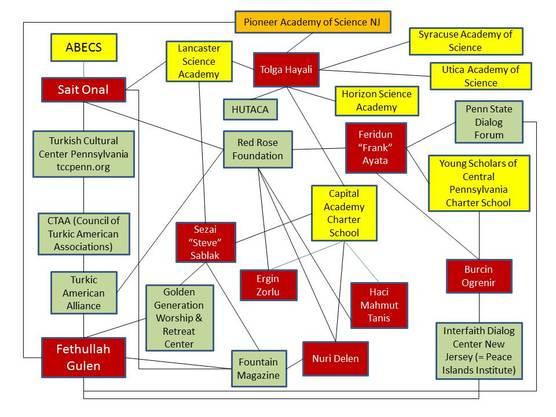 C.A.S.I.L.I.P.S. - Citizens Against Special Interest Lobbying in Public Schools    CASILIPS on Twitter, Slideshare
This website has two companion websites:  A Guide to the Gulen Movement's Activities in the US  and  Gulen in the International Press